Digital Matter does not advise connecting an immobilization relay to a safety critical system such as the ignition or fuel pump. A starter motor cut is recommended.

There are different ways to wire in a relay and configure the device settings to achieve a similar result.

However the aim is to try to avoid having the relay coil energized for an extended period of time - so as to not drain the vehicle battery if it is not driven for some time.

Automotive relays will have 2 contacts:

There are 2 common use cases (this guide covers case 1) 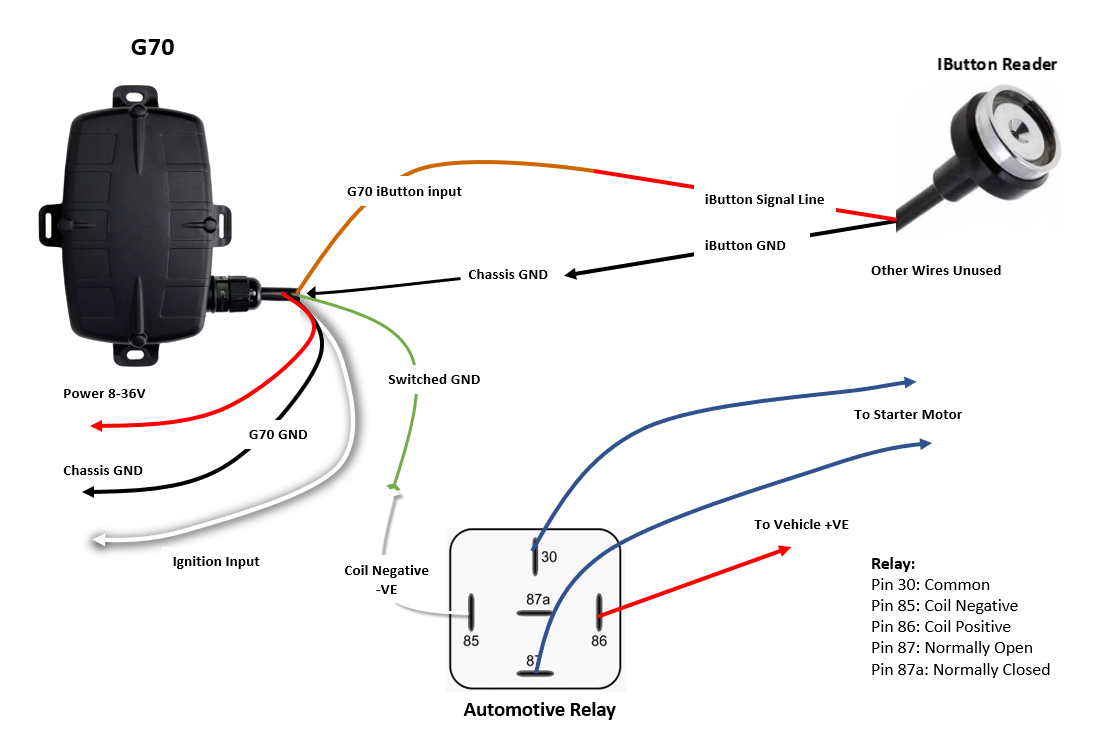 We must set that the Yellow wire is to be used for the purpose of immobilisation:

The Driver ID parameter tab allows us to configure certain options based on the result of a tag scan.

Configure as below for

If we set Test Against List to No, setup is complete.

Ensure a Driver List Layout is selected for the Organisation

This should be defaulted, and therefore this step not needed, but if you experience issues check this is configured correctly. 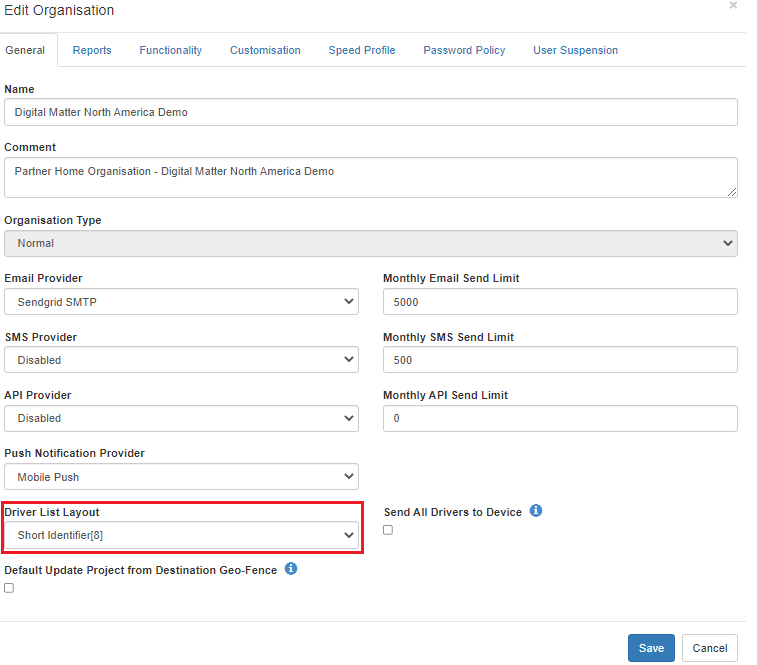 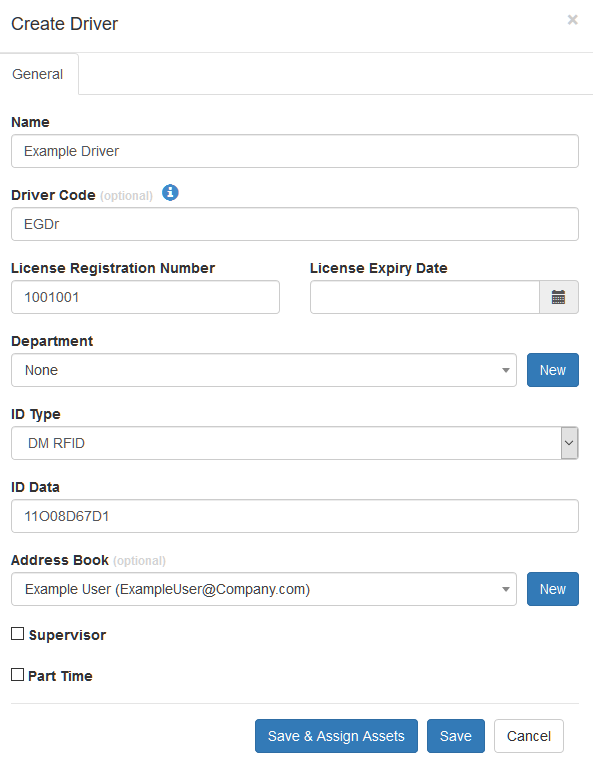 Set which Drivers can drive each asset

We can set 'who can drive what' either on the asset, or from the driver list.

Edit asset Individually or in Bulk:

On each asset using Driver ID - make sure to check Enable Driver Management. 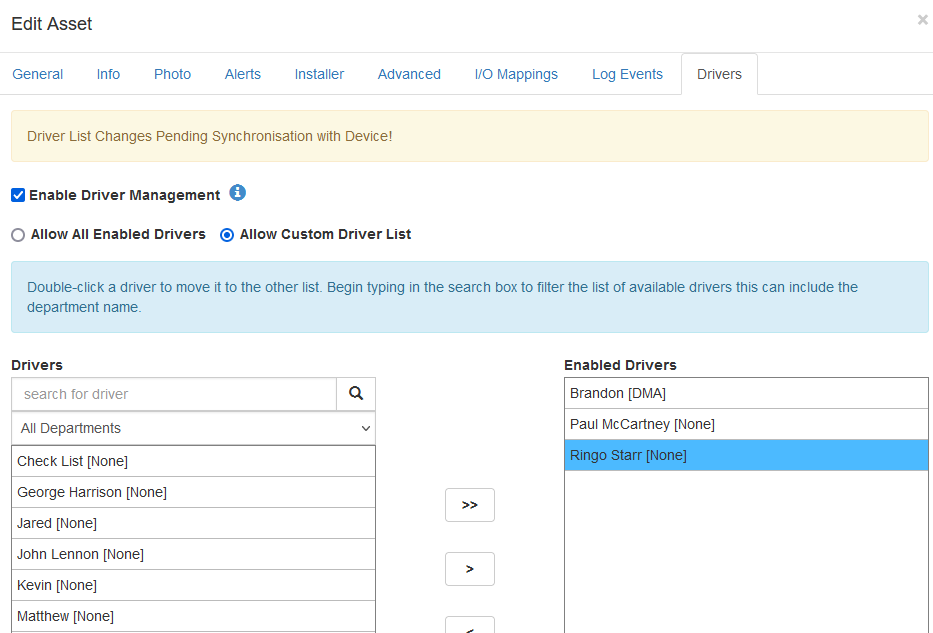 After adding a driver, edit them and they can be set to be enabled for specific assets, all assets of a particular type. 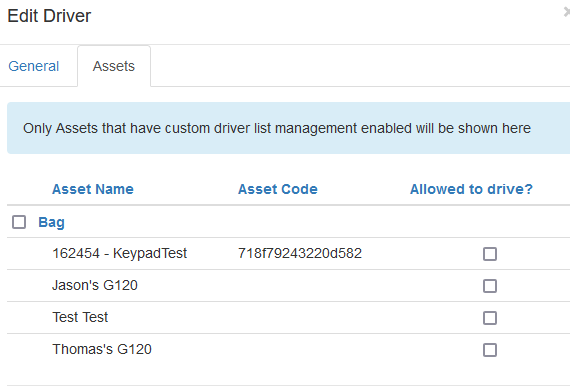 Lists are sent down to the device about every 30 min.

What if the device is removed?

If the device is tampered with, or ripped out, the relay will then default back to the "normal" position. When the asset is installed for immobilization with a valid driver ID, the wiring diagram as seen above in the article is for normally open, so if removed, the asset would not be able to start. So cutting a unit out will not allow an asset to be started.

The input monitor allows immobilization to be set based on the state of device digital inputs, i.e. immobilize on external power disconnection. Below details how to set that use case up.

The external power tab will need to be set up to a specific digital input as seen below. 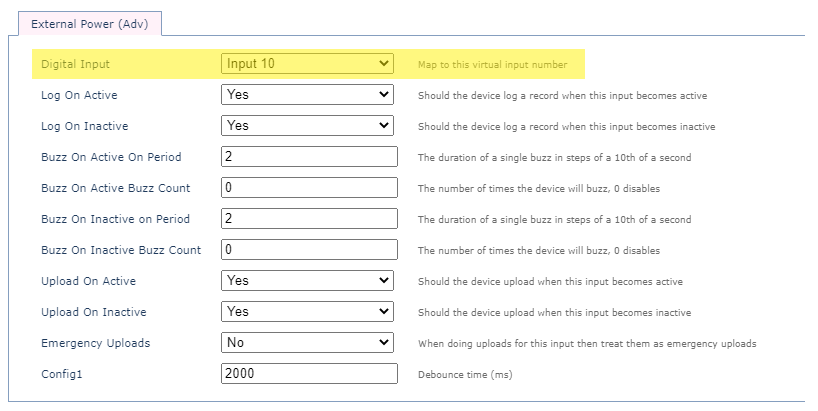 Instances of rejected scans (where the tag ID was not in the valid list) can be viewed in the device logs. The below log will be captured on OEM

My vehicle is immobilized and I cannot tag on

As with all debugging, this is a simple process of elimination checking all links in the chain. A few things can usually be gathered quite quickly. If the setup has been in operation for some time, and the same Tag/Device and setup is still in place, but the system stops working, we most likely have a hardware fault somewhere. For this reason it is advisable to make use of parameter templates so that we can be sure the device is using a known working set of parameter templates.

If the LED is on, and multiple tags won't scan (no beep) either the RFID module is faulty, or simply the buzzer (to sound the confirmation beep) is faulty. However if the rest of the set up is fine, even if the buzzer is faulty the vehicle should still start/record the driver ID to Telematics Guru. So if you are experiencing problems.

Telematics Guru pushes list changes to OEM every 30 minutes. After which point when the device connects in next it will get the list.

If a relay for immobilization is not installed - the troubleshooting process should be complete by now as you would have identified whether the tag, reader, or parameters are the issue.

However if a relay is installed, there are now 2 possible causes for the system not working

Output on device is not working.

This is quite unlikely as the FETs that drive the outputs on devices are very robust and not likely to fail. But it is possible. You should see in telemetry that the digital output is toggling off on (at least according to what the device thinks) but if there is a hardware fault, this can be tested with a multimeter.Put one lead on the output and the other on a voltage source. When the output toggles you will get the voltage level (as the output provides a ground) and then it will drop to 0 (as it is now high impedance)

12V relays typically work fine in 24V systems for a while, but then they burn out early. In this case even though the correct inputs are being applied on the relay control, it won't toggle to allow the vehicle to be started. In this case change the relay.