This article explains the default IO mappings for an Oyster Sigfox device on Telematics Guru (TG).

Note that this is specific to Telematics Guru. Other front end systems may represent the data differently.

Each GPS position record logged by the device is sent immediately on the Sigfox network. If it is received by a Sigfox base station and correctly relayed to TG, it will be recorded by TG's as device telemetry The location information and device telemetry will be stored with some additional data from Sigfox about the transmission (RSSI, SNR, Average SNR, Sequence Number).

This is a screenshot of the default setup on Telematics Guru: 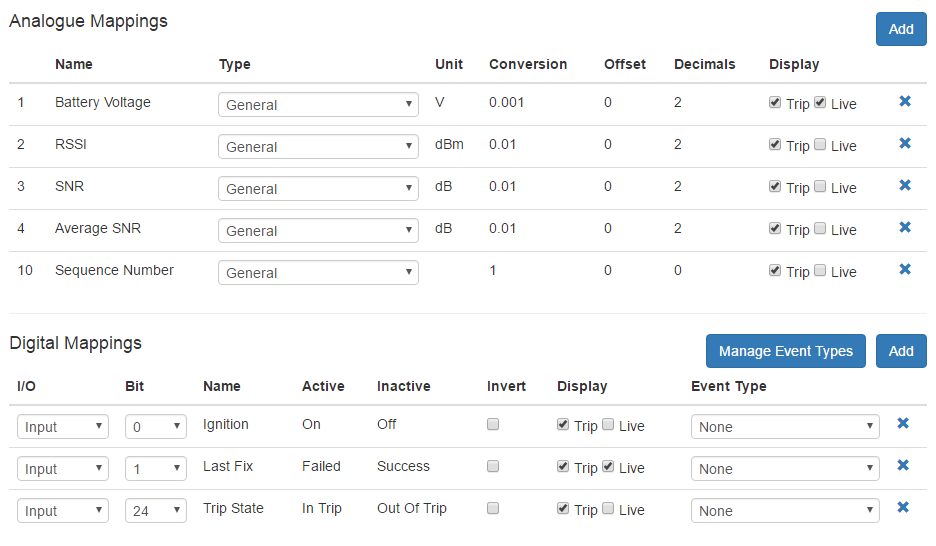