Please note that Server Logs can not be viewed on OEM server if the devices are using the third party direct/option 4 integration method. 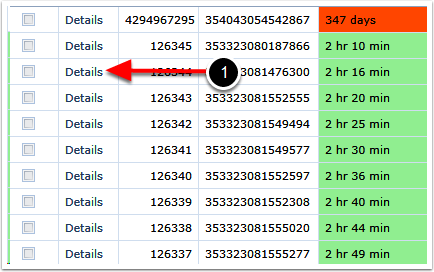 As an example, the following may be displayed: 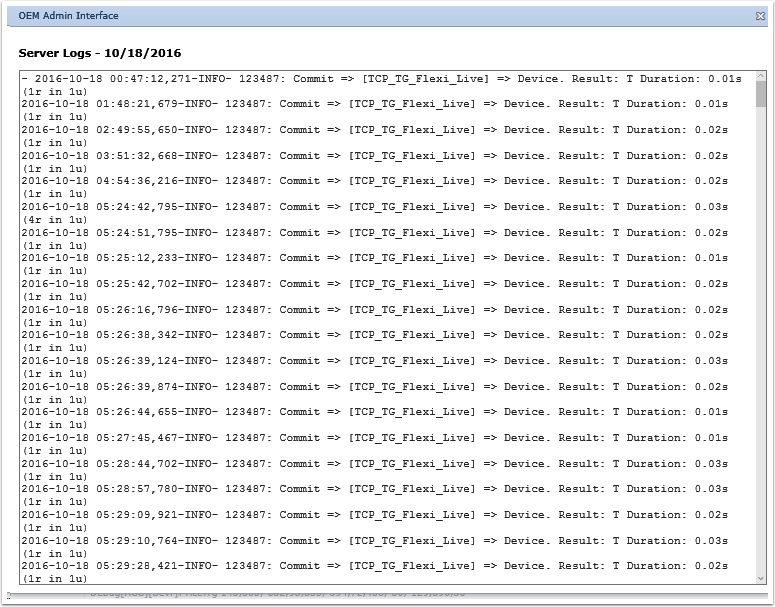 "Commit" in OEM is when the device gets an ok response back from the end server, confirming that it has received all records. The server log image shown above is an example of a successful commit. It has the device serial number, the date and time of the record, connector used (marked in square brackets), the number of records uploaded and the result.

When an asset in on the move, it may come to areas with poor or marginal cellular coverage. The device might still be able to connect to the network and OEM and will try to upload. Since its in marginal coverage, the connection may drop before the full upload completes. We may then see a difference in the "Since Connected" and "Since Committed", and the server logs will mark this as "Socket Disposed".

Shutdown while Busy With Commit

This log is generally generated by OEM Server when the connection between the end server and the device is terminated while the device tries to commit and waiting for a commit response. Some factors causing this will be

We may see 401 (Unauthorized) - or 500 (Server Not Found) indicating an issue on the server side.

For our 'Edge' range of devices - the equivalent to server logs are the Forwarder logs - Please see this article to find out how to check forwarder logs for debugging.

Each message is processed by one of 10 OEM Server instances. S0 → S9.

In the above screenshot - retrieving the log data from S8 and S9 timed out. Generally this is temporary and isn't related to the device. Does not point to an issue.