The Remora 3G & Remora2 can be fitted with an HES Magnetic Tamper Detection board. This allows the device to wirelessly detect that it has been detached from the asset.

As of October 2016, all Remora 3Gs are built with the HES board and Magnets included and also all Remora2 devices will have the board as standard.

If you're unsure whether your unit has a HES board, look underneath the main PCB for a small separate PCB placed over the housing recess and connected by a 3 wire harness. 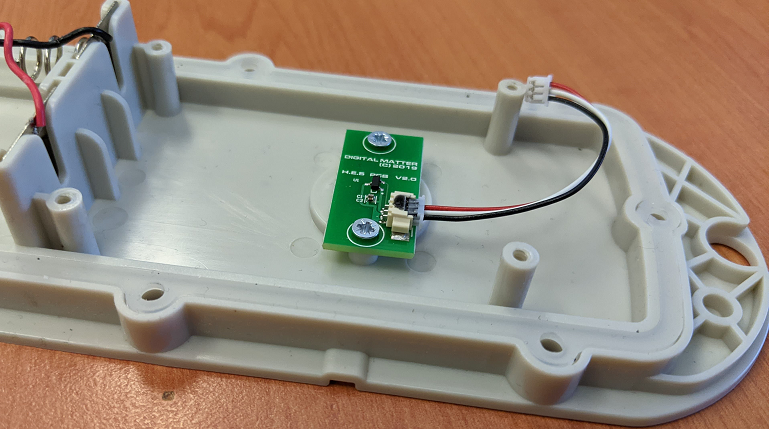 The ‘Tamper Detect’ indicator is mapped to a digital input, and goes high when the magnet is removed. The default mapping is to digital input 2. This will be setup by default.

From firmware version 1.35 onwards, the default response to a tamper event is to log the event, attempt a single GPS fix, and attempt a single upload. Previous firmware versions do not allow the action to be configured, and default to retrying the GPS fix and upload until they succeed, with increasing back-off times. You must choose an action that at least logs the event if you wish to receive an alert in TG.

Use digital input 2 for the tamper indication, similar to below, you can add a new Digital input by clicking the 'Add' button in the top right of the screenshot

To alert when a tamper is detected, you would want to setup the alert to fire on Digital Input 2 turning on. 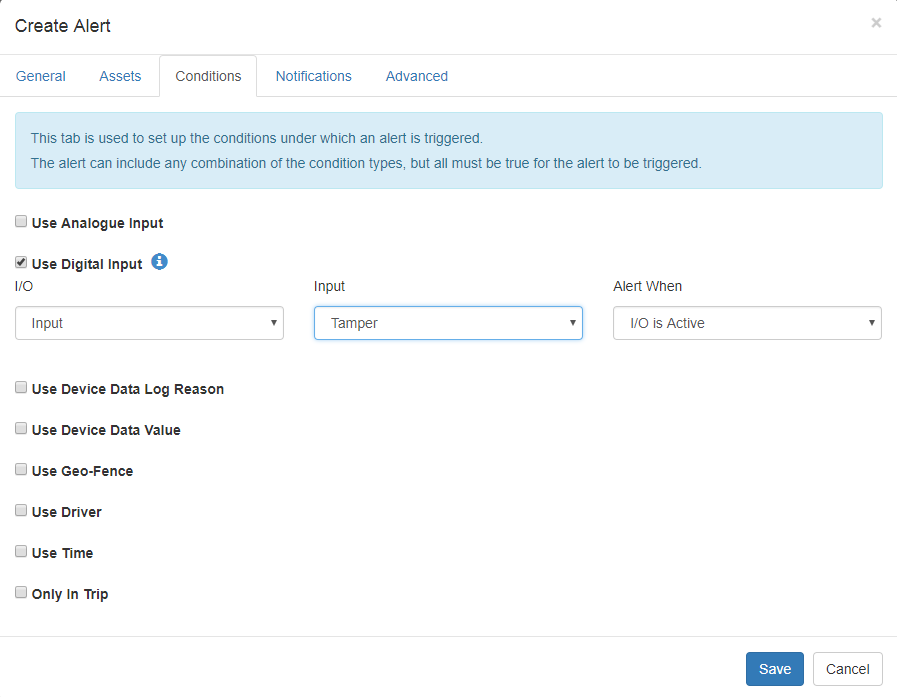 Using the HES board to force a connection

The HES board is useful if you need to force an upload. Trigger the tamper upload by moving a magnet into range. If configured correctly, the Remora will attempt to connect to the server.

From firmware version 1.35 onwards, it is possible to disable the tamper detection feature in the system parameters on OEM. If the HES board is fitted, disabling it saves approximately 0.75% of a set of Alkaline batteries per year. If the feature is disabled in OEM no tamper events will be logged, no alerts will be triggered in TG, and the tamper digital input will always read low.